A Greek anarchist group is 'likely behind' a letter bomb that injured a secretary at the International Monetary Fund (IMF) offices in Paris, a Greek police source said.

French investigators told their Greek counterparts that the package was sent from Athens by a group called the Conspiracy of Fire Nuclei, the source added.

The far-left Greek group had earlier claimed responsibility for an explosive device, also sent from Greece, that was intercepted on Wednesday at the offices of German Finance Minister Wolfgang Schaeuble.

Scroll down for video

Police outside the International Monetary Fund (IMF) building in Paris this morning, where an envelope bomb exploded in a staff member's face

The envelope bomb exploded in the face of a worker at the International Monetary Fund's Paris office this morning.

A female IMF secretary suffered head and hand injuries in the blast, and damage to her eardrum.

IMF chief Christine Lagarde has branded the attack a 'cowardly act of violence'. 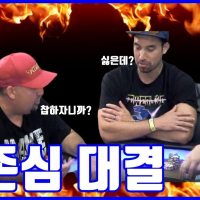